I didn’t have the best luck in past relationships when it came to my partners’ mothers liking me. The first two relationships that I was in were by far the most disastrous in the mother category, but the ones after that didn’t always work out how I had planned either.

My first girlfriend’s mother liked me just fine right up until she discovered that we were a thing. This first girlfriend of mine is who I consider to be my first love and our relationship was a complicated one. We were both discovering our sexualities and navigating what it meant to be “in a relationship”. In many ways, I felt protective of her because she was battling other demons that had no connection to “coming out” and I would try my best to be there and show her that I loved her. So, when her mother transferred her to another school, I was devastated. Her mother also insisted that there would be no contact between us. No texting, no email, no Facebook Messenger, nothing. Obviously, we found ways to communicate and that went on for over a year, maybe closer to two years. Every now and again, her mother discovered that we were talking and I would receive a simple message saying that Maya would no longer be responding to me. I’d wait a few days, sometimes weeks, and then I’d get a message somewhere.

I think the hardest thing for me was that Maya’s mother never gave me a reason as to why she didn’t want me interacting with her daughter. I gathered that she wasn’t a fan of lesbians, but I couldn’t understand why she had to take such drastic measures to separate us. I’m sure she thought she was doing what was best for her daughter. I’m also sure that it was partially to maintain her image in the community. Now that I’m older, I can say that it was all done out of fear and homophobia. I don’t care about the details. What she did was wrong and it took younger me years to not feel like fucking shit about myself.

Alright. Girlfriend #2’s mom. Girlfriend’s name is Mary. Mary’s mother LOVED me. She even loved me after she found out we were dating. She bought me holiday and birthday gifts. She was interested in my schooling and what I wanted to do in life. She said I was welcome to come over any time.

*Mary’s mother was addicted to opioids and suffered from unaddressed and untreated mental health issues. She was also abusive and manipulative towards Mary and Mary’s brother.*

Mary’s mother loved me. Then Mary and I broke up. Obviously, abusive relationships between parents and children are complicated. While Mary’s mother abused her children, she also felt protective of them. After catching wind of the apparent distress Mary was feeling post breakup, I received a message. I received many messages, actually. In addition to text messages, I also received phone calls at my place of work. I have attached those messages below.

I want to expand on the things mentioned in the texts.

Obviously, Mary’s mother had no idea what dating her daughter was like for me. And I had no reason to tell her because I was 99% sure that Mary got most of her issues from the way her mother treated her. I know that within myself I am a good person. I don’t take advantage of people. I don’t wish feelings of worthlessness on people. I’m not mean. I can’t and don’t “turn people gay”. I know that I am good. I know these things. It’s just difficult to keep telling myself that when several adults have told me the exact opposite.

So, between Mary’s mom’s known mental instability, her abusive history, her drug issues, and her current hatred for the person who made her daughter upset (me), I was very concerned about my safety. I went to the police with my “evidence” and worries in hopes of a restraining order or just some advice. They had nothing for me. I changed my phone number and blocked the entire family. Shortly after, I went to study abroad in Germany. When I returned from that, I signed up for 11 months of service with Americorps NCCC. Upon returning home in May, I immediately started house hunting and found my current home in Atlanta. I have many reasons for wanting to get out of my hometown, but that family was in the top 3.

Girlfriendish #3/girl-I-casually-dated-for-3-months-or-so’s mom wasn’t even really in the picture. I was told by the girl I was seeing that her mom was in denial and that her gayness just didn’t exist. It didn’t come up. It wasn’t bashed, but it also wasn’t at all acknowledged. So that was a great experience in comparison to the previous 2.

Partner #4 is unique in the fact that they’re a man. I will talk more about that choice later, but let’s all pretend it’s not a huge deal and let me get on with my story. Partner #4’s name is Rick. Woohoo! My first not “M” name! Rick’s mother was an absolute gem, truly. She is a fantastic woman. However, everything she thought she knew about me was a lie and she’ll never know the truth and that’s the part that’s irritating to me. She liked someone who didn’t exist. Had I told her that I identified as a lesbian and that I didn’t believe in God, she would have politely told her son to please halt the courtship. Funny enough, Rick knew that I was a lesbian and that I didn’t believe in God. At the end of the day, that’s all that mattered, and I tried not to let the whole mom thing bother me.

The last woman I dated is a beautiful human being. So is her mother. Her mother is my favorite mother. She accepted me completely and I wish I got to know her more. Her mother is also not well; she has COPD and it’s not looking great. Obviously, this woman and I are no longer together and that’s the reason I’m sad about losing contact with the lovely mother who took me as 100% me. They also live in Massachusetts, so an attempt at keeping in touch isn’t as easy as it could be.

So, those are my experiences with previous partners’ mothers. It’s a mixed bag and while the first two really fucking sucked, it did get better in a sense. When I go to date women now, some of the first questions I ask is “Are you out to your parents?”, “Are they comfortable with the LGBTQIA community?” and “How important is religion to you and your family?”. They’re big questions, but they determine a lot for me.

I hope this was insightful and interesting. Thank you for stopping by! 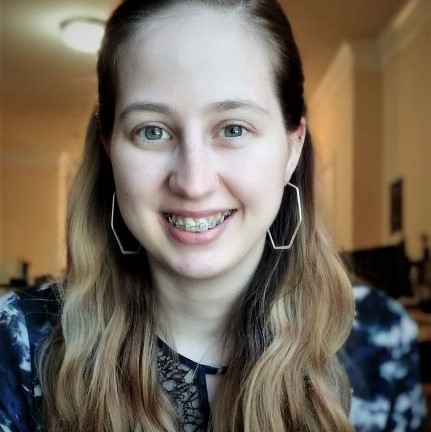